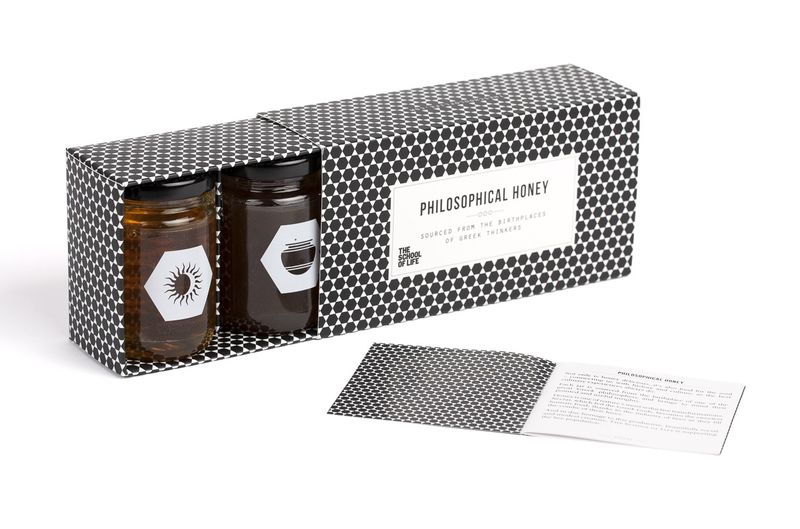 Laura McQuarrie — November 11, 2014 — Lifestyle
References: theschooloflife & thedieline
Share on Facebook Share on Twitter Share on LinkedIn Share on Pinterest
This honey packaging box from The School of Life is part of the brand's first ever range of food—'Food for Thought.' Dubbed Philosophical Honey, the set pays tribute to a food that is said to be the nectar of the Greek gods.

The three different kinds of honey are sourced from the same places as the birthplaces as Greek thinkers and have been named after philosophers like Zeno of Cyprus, which hails from Mount Olympus, Epicurus of Samos off the coast of Turkey and Plato of Athens.

On the outside, the box is vividly patterned, with a more simple scheme on the actual jars of honey, including logos that represent the sun and moon, as well as Greek pottery and temples. If you know someone who loves honey, philosophy or Greece, this 'Food for Thought' makes a great gift.
5.4
Score
Popularity
Activity
Freshness
View Innovation Webinars

Life Coaching for Intellectuals
The School of Life in London