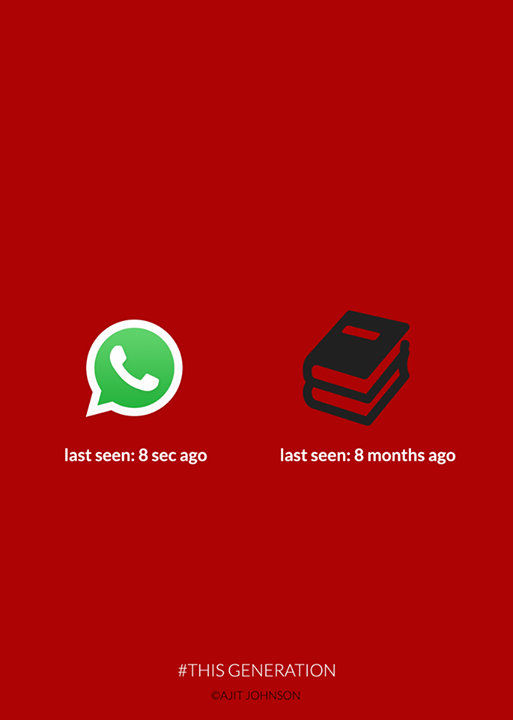 Meghan Young — March 31, 2015 — Art & Design
References: facebook & designtaxi
Share on Facebook Share on Twitter Share on LinkedIn Share on Pinterest
Ajit Johnson, an artist based in the United Kingdom, cleverly puts his own spin on the honest posters that have been circulating the web. Instead of focusing on movies and television shows, his honest posters touch on something much more prevalent in people's lives: technology. His series, titled '#ThisGeneration,' sheds light on recent behaviors involving social media, smartphones and more.

For instance, one of Johnson's honest posters shows a telephone icon juxtaposed with a book icon with the words "last seen: 8 sec ago" versus "last seen: 8 months ago." Resting on a minimalist red backdrop, there is something very aggressive about the images. One of the most powerful ones involves a sign post reading 'Internet' and 'Water' with footsteps going in the direction of the Internet, showing just how necessary people feel it is in their lives.
5.5
Score
Popularity
Activity
Freshness
Get Better and Faster