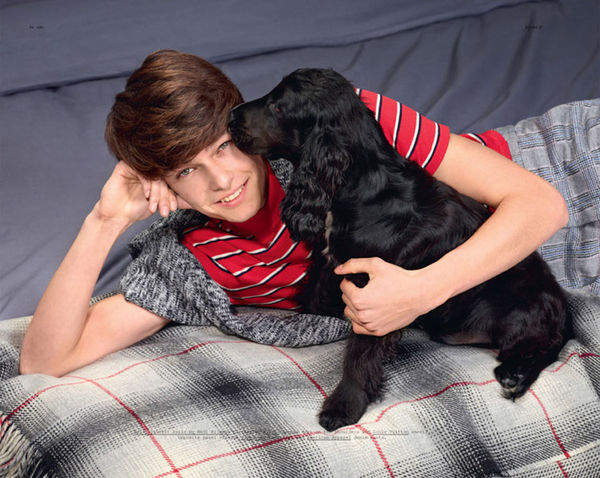 Starring Lucas Mascarini, Pierre Gautier, and Jules Raynal, this editorial is featured in the Spring Summer 2014 issue of Double Magazine. The model trio is captured amidst a studio setting, each posing with a furry co-star of their own.