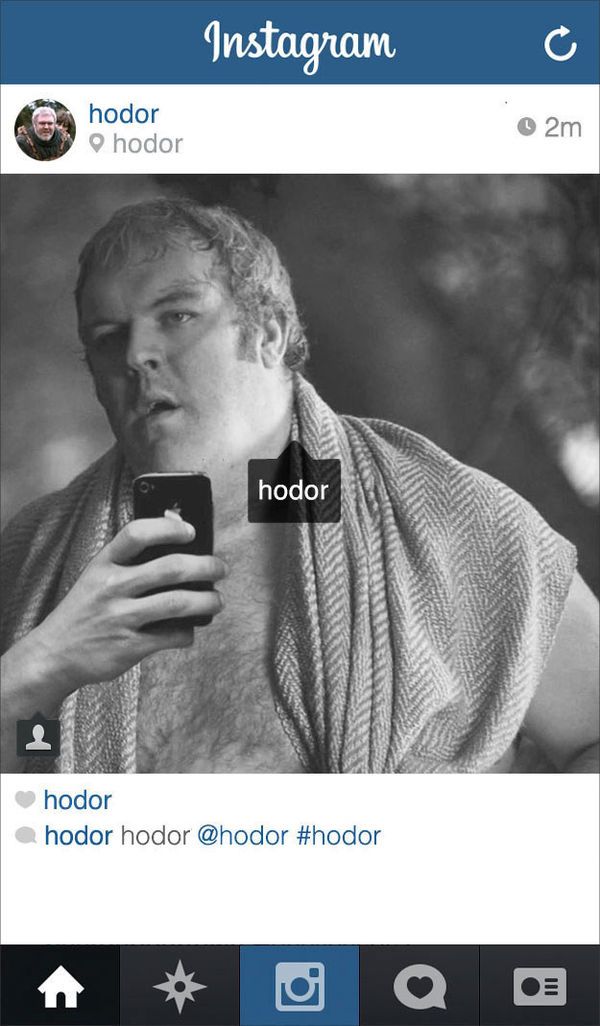 If Hodor Had Instagram, He Still Wouldn't Say Very Much

It's become a bit of a joke that Hodor, a simple servant to the house of Stark wasn't able to speak for a while and when he finally pipes up, he's only capable of saying "hodor."

If Hodor was on Instagram he'd capture pictures of his travels with Bran, Osha, Rickon and the direwolves. However, true to his character on the show, Hodor unfortunately would't be able to provide much commentary and his Instagram would be full of hashtags, comments and tags that all say "Hodor" over and over, no matter what's being depicted.
5.3
Score
Popularity
Activity
Freshness
Get Trend Hunter Dashboard