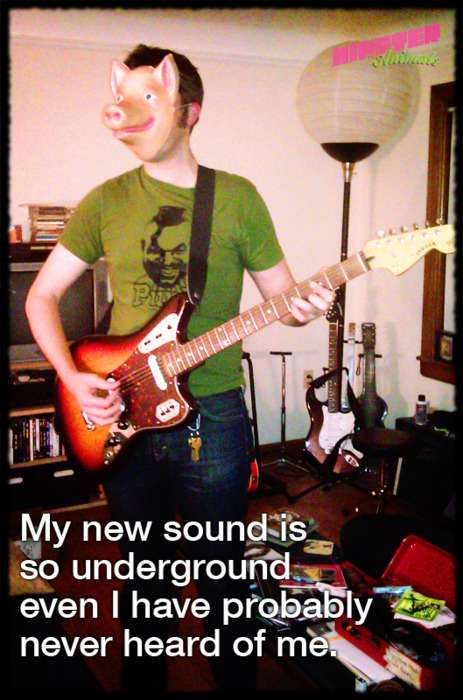 Animal-masked hipsters are shown in their natural habitat doing what they do best: hanging out in coolness. The captions are hilarious, mainly because hipster actions look like normal human actions but only once inspected does the pretentious, ridiculous truth reveal itself. For example, one photo shows a girl sitting in a beautiful skyline scenery with the caption, "This beauty inspires me to write..mostly about myself," or what looks like two stylish youth hanging out in a basement carries the caption, "If we stand here long enough a street style blogger will come take our picture. Yes, I realize we're in a basement."

These newest additions to the Tumblr site hipster-animals are an un-ironic joy, especially to the people it mocks. Indirect self-deprecation is all the hipster rage these days and Hipster Animals Live is roaring with it.
3.7
Score
Popularity
Activity
Freshness
Jeremy Gutsche Keynote Speaker

Hipster Shakespeare Adaptations
Courtney Welbon's 'To Be, or Not to Be' Song is Incredibly Catchy