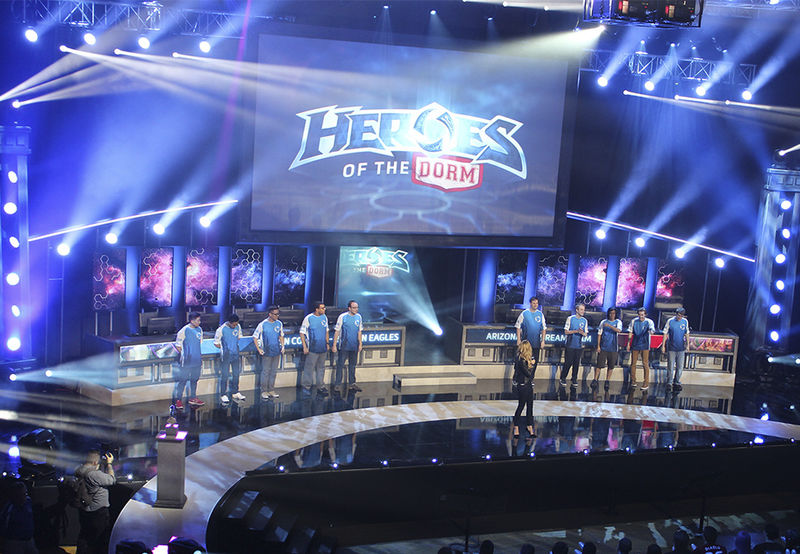 Justin Lam — March 30, 2018 — Tech
References: dotesports & esportsinsider
Share on Facebook Share on Twitter Share on LinkedIn Share on Pinterest
Blizzard Entertainment's college tournament Heroes of the Dorm has finally been whittled down to 64 teams and the company is now offering $1,000,000 to the lucky fan that can guess the winner of every single match in the tournament. Herero's of the Dorm will be streamed live on Twitch and the team selection process will run from March 28th to April 19th, leading up to The Heroic Four finals. In the event that a no fans are able to predict all the winning teams, Blizzard is also offering $10,000 to the fan with the most accurate predictions. The hope is that this contest will draw in additional viewers and engagement from fans across the world.

While the cash prize is amazing for fans, competitors in the tournament are all competing for an even greater prize. Heroes of the Dorm is touted as the pinnacle of collegiate esports and as prize Blizzard is offering to pay the tuition for the winning team’s college career.
0.8
Score
Popularity
Activity
Freshness
Get Trend Hunter Dashboard