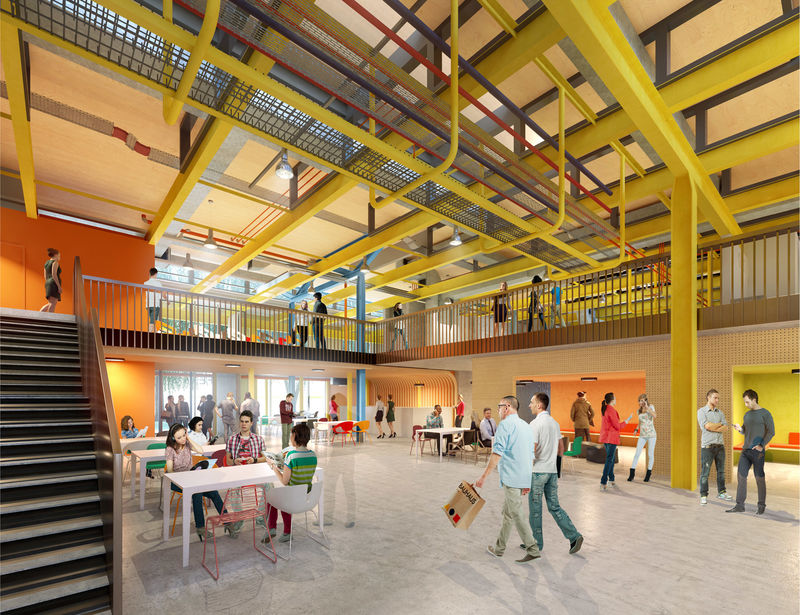 Grimshaw Overhauls a Herman Miller Factory from the 70s

Kalina Nedelcheva — July 9, 2019 — Eco
References: grimshaw.global & dezeen
Share on Facebook Share on Twitter Share on LinkedIn Share on Pinterest
In the 1970s, the founder of architectural practice Grimshaw — Nicholas Grimshaw, designed a Herman Miller factory. The modern furniture company's manufacturing facility was quickly recognized for its outstanding, industrially inspired aesthetic and later, it was considered a heritage site. Now, the origin, current use and future of the structure come in full circle, as Grimshaw is invited back to transform the Herman Miller factory and turn it into the Locksbrook Campus for the Bath Spa University.

When redefining the use of the building, Grimshaw focuses on principles of adaptation. That is, the practice sets out to overhaul the factory in ways that are kind to the environment. Identified as 'adaptive reuse,' the firm builds with the conscious possibility to rebuild later.
3.8
Score
Popularity
Activity
Freshness
Access Advisory Services