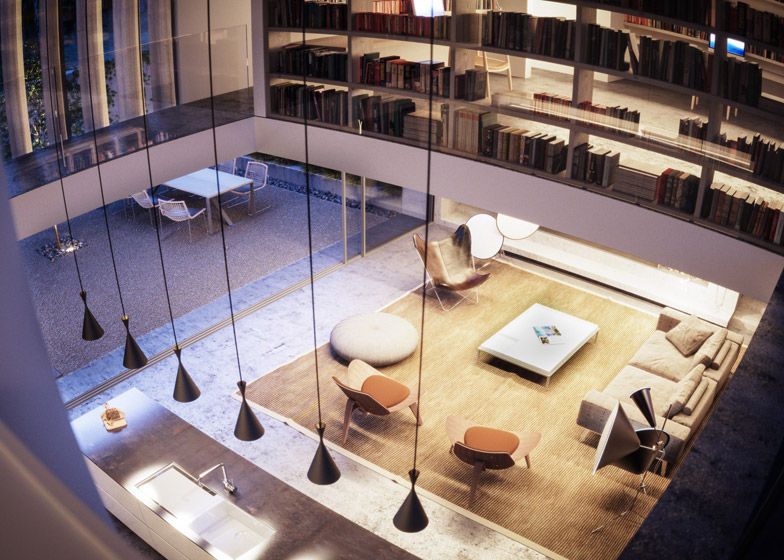 Henry Goss Reveals His Plans for the Carey House

3D visualization played an integral role in Goss' design process, especially when it came to figuring out the dimensions and lighting of the property. Goss' proposition for the Carey House, as the home is named, is a lightweight pavilion made from two overlapping timber volumes that border a courtyard.

The facades receive shade from a Douglas fir louvre system, especially towards the southern elevation, which opens towards the courtyard and is therefore exposed to more sunlight. The life-like depictions of the home feature the glazed surfaces during times of day (early morning, late afternoon) where the lighting and shadows are emphasized.
3.5
Score
Popularity
Activity
Freshness
Jeremy Gutsche Keynote Speaker