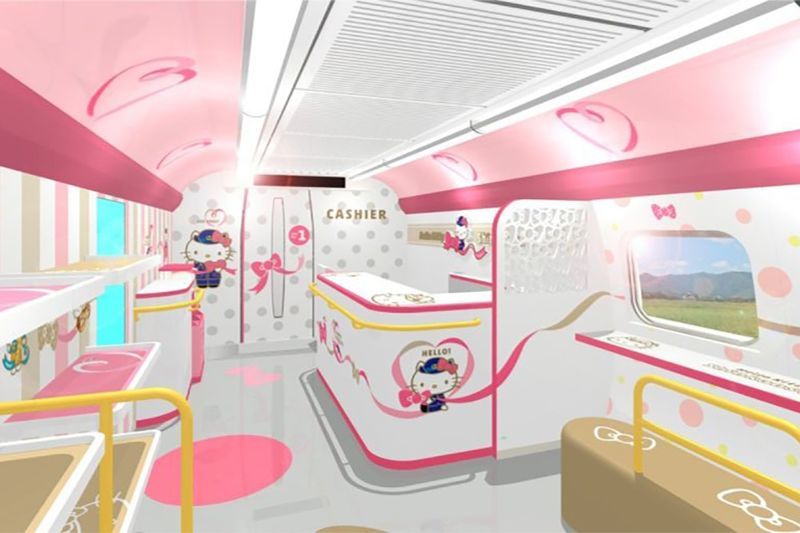 As the plans show, both the exterior and interior of the Hello Kitty train will be overtaken by classic pastel hues, mainly consisting of varying hues of pink. These bright shades will be used to mark the iconic cartoon cat's branding throughout the train, with the walls, counters, benches, head rests, and more all covered in its motifs. On the train, fans will be able to browse branded shops, and take photos in themed booths to commemorate their experience on the obscure train.

Although the plans that have been presented so far are just concepts of what the Hello Kitty train might look like, Sanrio fans can expect more information as production commences.
3.6
Score
Popularity
Activity
Freshness
Get Better and Faster