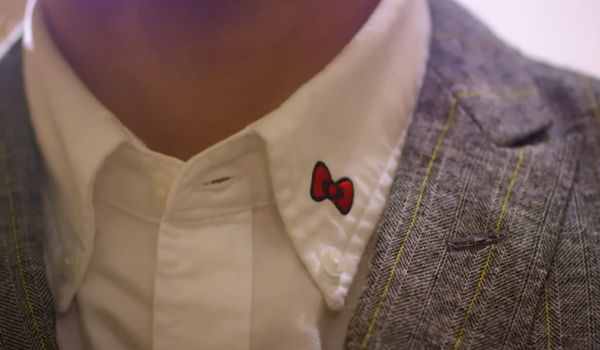 Cadhla Gray — October 28, 2015 — Fashion
References: prw.kyodonews.jp & brandchannel
Share on Facebook Share on Twitter Share on LinkedIn Share on Pinterest
With the entrance of 'Hello Kitty Men,' the iconic brand known for its feminine colors and animated cat characters is extending its target audience. The Japanese company is already immensely popular, both with children and adults, garnering a cult-like following over the years. In order to gain an even wider market, the brand had to reach out to the other 50 percent of the population it hadn't previously considered.

Partnering with Tokyo menswear lines like 'Undercover,' 'Sise' and 'Dress Camp,' the rebranding move aims to entice men who never even thought they'd had an interest in Hello Kitty products.

The Hello Kitty Men pieces are quite neutral, nothing too flamboyant or over-the-top as the female lines tend to be. For instance, a standard dress shirt simply has a small red bow on the collar -- putting the brand's recognizable symbol on the clothing without making it a statement piece.
5.5
Score
Popularity
Activity
Freshness
Get Trend Hunter Dashboard