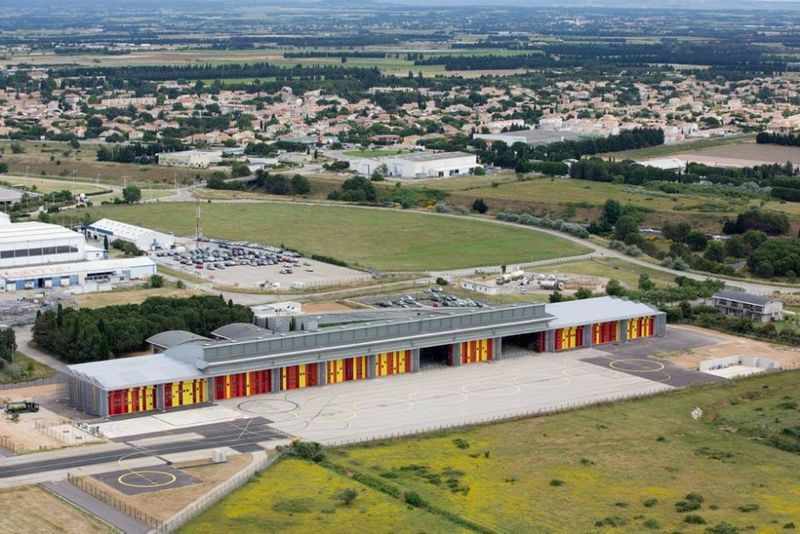 Helicopter Base by NBJ Architects is Vibrantly Contemporary

Meghan Young — July 12, 2014 — Art & Design
References: nbj-archi & contemporist
Share on Facebook Share on Twitter Share on LinkedIn Share on Pinterest
The helicopter base for The Helicopter Group of Civil Security of Nîmes-Garons in Nîmes, France, looks a lot more playful than one would have ever expected. There is something very official about choppers since they are often associated with military groups and broadcast stations that the use of such bright colors appear unorthodox. Yet it doesn't make the headquarters any less professional.

Easily identifiable, the French helicopter base is much more concerned with function than the exterior lets on. The designers, NBJ Architects, write, "Our first action was to reconsider the current landscape and to bring a functionnality to external intallations which had to create spaces of quality and a global logic of circulation within the establishment--everything must be connected." With this in mind, the entire facility is as cohesive as it is colorful.
1.9
Score
Popularity
Activity
Freshness
Get the 2023 Trend Report FREE