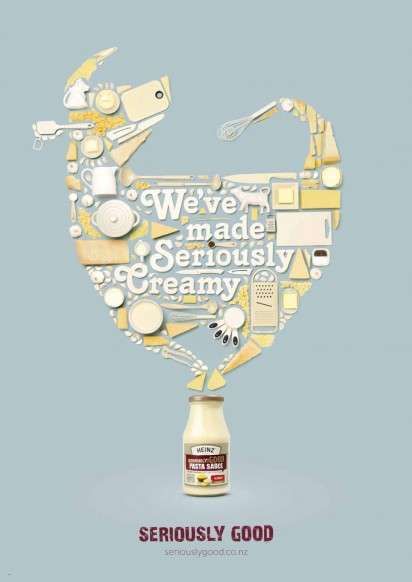 Meghan Young — August 11, 2011 — Marketing
References: ddb.co.nz & ibelieveinadv
Share on Facebook Share on Twitter Share on LinkedIn Share on Pinterest
The Heinz Seriously Good Pasta Sauce ad campaign is taking some inspiration from the graphic design and still life photography world right now. As though inspired by the IKEA ‘Homemade is Best’ cookbook, which was photographed by Carl Klein and later turned into a commercial, it features the ingredients of this tasty pasta sauce as it forms into a shape that represents the general flavor of each jar.