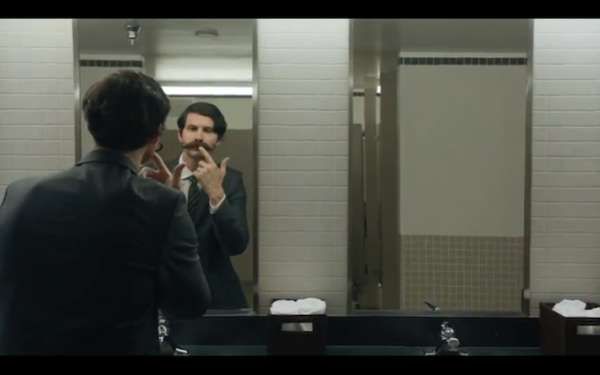 The Heineken Handlebar Moustache Commercial is a Hilarious Mini-Film

Corinne Guirgis — July 20, 2011 — Lifestyle
References: creativity-online & adverblog
Share on Facebook Share on Twitter Share on LinkedIn Share on Pinterest
Holy facial hair -- the Heineken handlebar moustache commercial is another winning ad for the popular beer. Just a week after the release of their hilarious "Snakeskin Jacket" campaign, the new Heineken Light mini-film is a captivating concept that is intelligent and worth watching. The creative campaign is effective in its outrageousness -- taking two completely unrelated concepts and making them one in the same to deliver a convincing message.

Leading with "The handlebar moustache, it's not right for every occasion," the ad shows audiences just where this freaky facial hair is acceptable, and ends with "There are some things better saved for the right occasion, but then they make those occasions even righter. It's like under every handlebar moustache, there's a little Heineken Light!" Brilliance in a bottle -- I could definitely use a Heineken!

Implications - In the world of social media and blogging, the impact of television commercials is decreasing. As a result, marketing companies are catering advertisements to the viral video age by infusing advertisements with hilarious, outrageous shorelines that are captivating and worthy of re-posting.
6.1
Score
Popularity
Activity
Freshness
Access Advisory Services