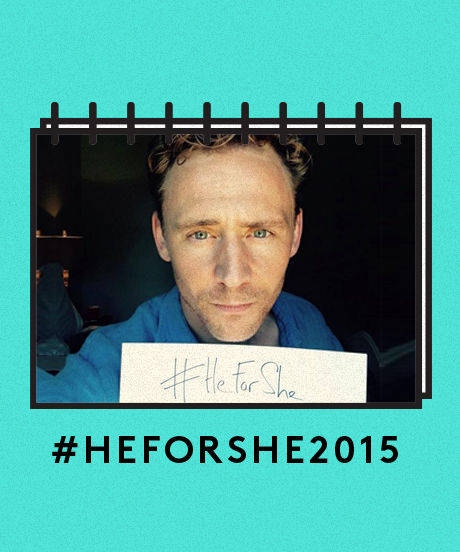 Shortly after the speech, actor Tom Hiddleston uploaded a picture of himself carrying a "#HeForShe" sign to Twitter. Many other gentlemen, including several Hollywood hunks, have since followed suit, creating quite the (delicious) collection!

Inspired by Lena Dunham, who tweeted, "All of these dudes holding up #HeForShe signs on @EmWatson's timeline should be made into a sexy calendar," Refinery29 curated the images into a swoon-worthy timekeeper. Because what's sexier than gender equality, am I right, ladies? You can drool over the full collection of feminist-supporting dudes over at Refinery29.
5.7
Score
Popularity
Activity
Freshness