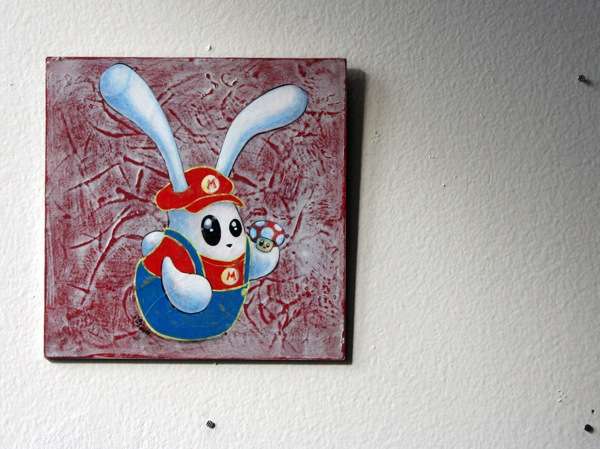 Jason Soy — June 22, 2012 — Tech
References: hansmaillustration & blog.thaeger
Most people would agree that the character design for Nintendo’s Mario is cute as a button, but leave it to Heather Hansma to improve on perfection. Seen here are three paintings she’s cooked up with cartoon bunny figures in Mario, Luigi and Princess Peach costumes. If you think that sounds adorable, just wait until you see the real thing.

And though Heather Hansma replaced the retro gaming icons with rabbits, she didn’t simply do so with generic bunny depictions. Hansma’s furry rodents sport stylized ears, eyes and noses that closely resemble other figures found throughout the illustrator’s Tumblr portfolio. The omission of feet are also a signature trait of Hansma’s bunnies.

Those interested in purchasing the 6” x 6” paintings may do so on Yetee Gallery, where they are being sold for $100 apiece.