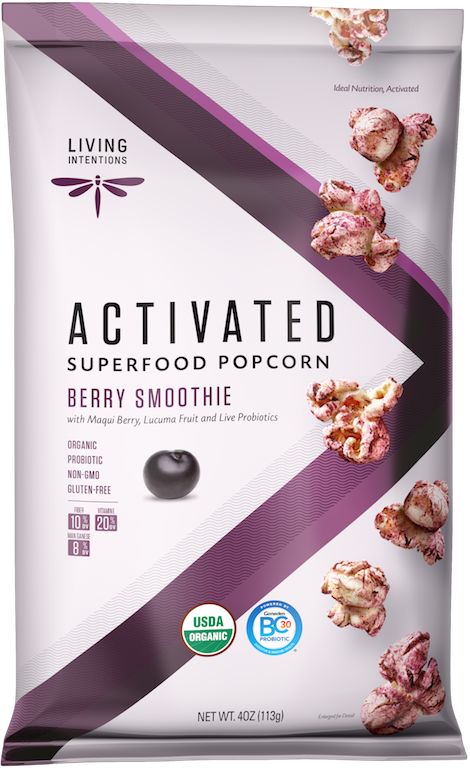 The smoothie-inspired popcorn snack is described as having a taste "like a blackberry frappe" and is in fact made with many of the same ingredients that often go into the making of smoothies, such as bananas, superfoods and antioxidant-rich berries. The nourishing superfood snack is also enriched with "2 billion CFUs of friendly probiotic cultures," which help to support one's immune health.