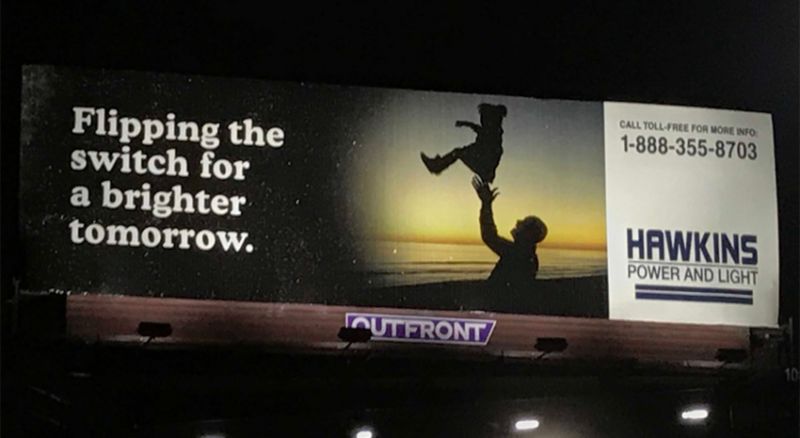 A Hawkins Power and Light Billboard is Promoting 'Stranger Things'

The billboard, which reads "Flipping the switch for a brighter tomorrow," includes a toll-free number that directs callers to an automated voice recording. The recording features subtle background music and a directional guide, similar to any other 1-800 number. In light of the spooky series, the recording for Hawkins Power and Light also includes some sinister crackling noises, which fans believe may be alluding to clues in the second season.

This billboard features no information regarding the series it's promoting, serving as a little treat for fans of the show, as insider knowledge is required to understand the reference.
3.2
Score
Popularity
Activity
Freshness
Jeremy Gutsche Keynote Speaker