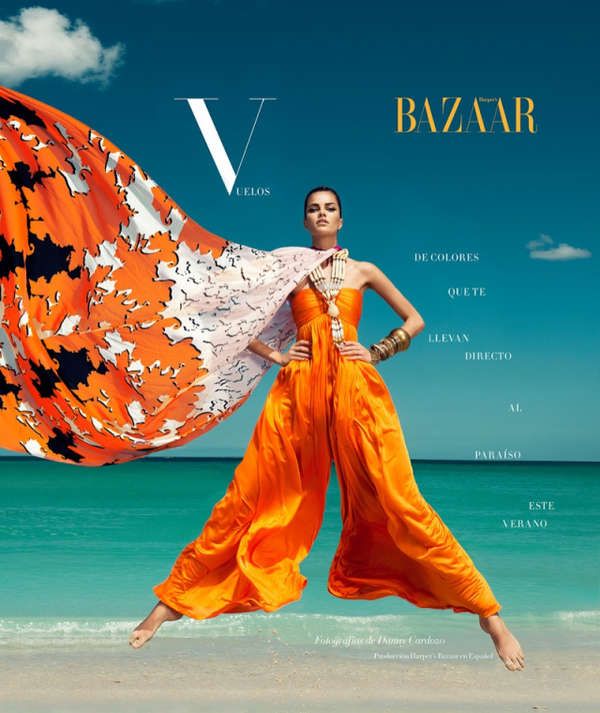 Meghan Young — July 11, 2013 — Fashion
References: harpersbazaar.mx & fashiongonerogue
Share on Facebook Share on Twitter Share on LinkedIn Share on Pinterest
The Harper’s Bazaar Mexico July 2013 editorial is full of vibrant colors and energetic poses, which is only natural considering the beachside location. With water that blue and sky that clear, who wouldn't want to see so many bright hues? They are not just limited to the bikinis as well. Instead, the colors are present in the chunky bangles decorating the model's arms, the floppy brim of her hats and the draping fabrics of her scarves.