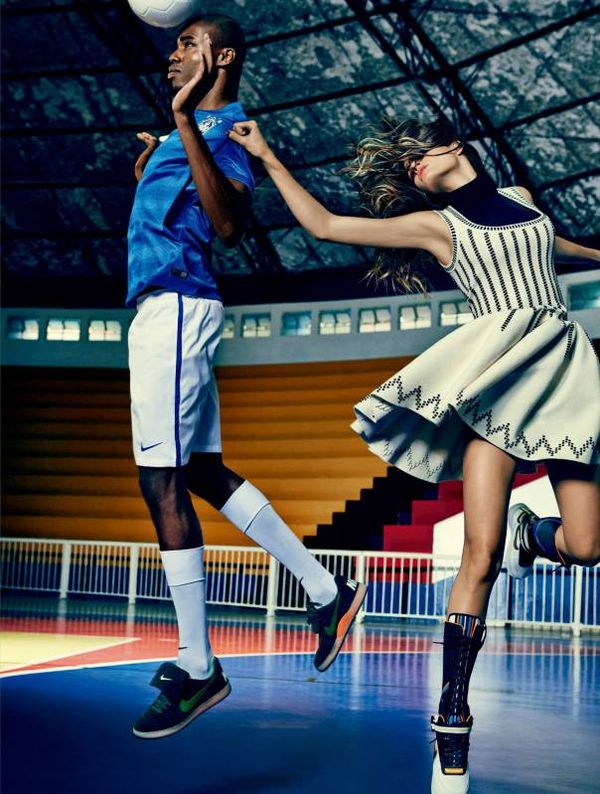 In honor of the upcoming 2014 FIFA World Cup, which is scheduled to begin in Brazil on June 12th, the editorial sees Bartelt try her hand -- or should I say foot -- at the popular sport. Though she's not always in possession of the ball, Bartelt definitely looks good in a jersey. Her sporty looks, which include mesh sleeves and knee-high kicks, were styled by fashion editor Renata Correa. Despite looking great, she isn't afraid to rough up the competition with her serious moves.

With the help of Correa and beauty expert Silbio Giorgio, Bartelt proves that athletes don't have to compromise their style. In fact, Bartelt is at the top of her game in style, beauty and sport.
4.9
Score
Popularity
Activity
Freshness
View Innovation Webinars