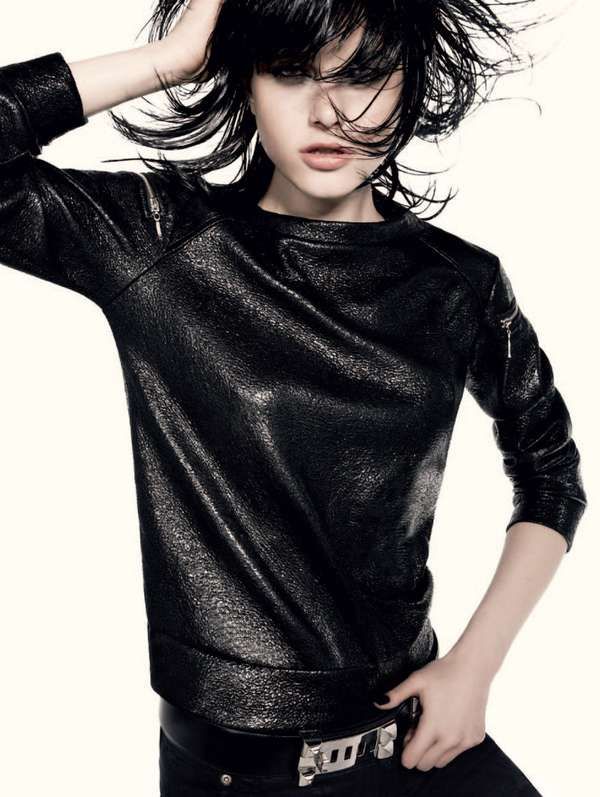 Meghan Young — June 14, 2012 — Fashion
References: harpersbazaar.br & fashiongonerogue
Share on Facebook Share on Twitter Share on LinkedIn Share on Pinterest
Rock 'n' roll legends have been everything from vibrant and flamboyant to dark and moody; the Harper’s Bazaar Brazil June 2012 editorial focuses on the latter. It revolves around a predominantly black wardrobe that portrays a badass punk attitude. Nevertheless, the ensembles are far from one-dimensional. Instead, through the expert styling of Flávia Lafer, the outfits make up for the lack of color with tons of texture. From shiny leather to distressed denim, the fashion is as dynamic as rock music.