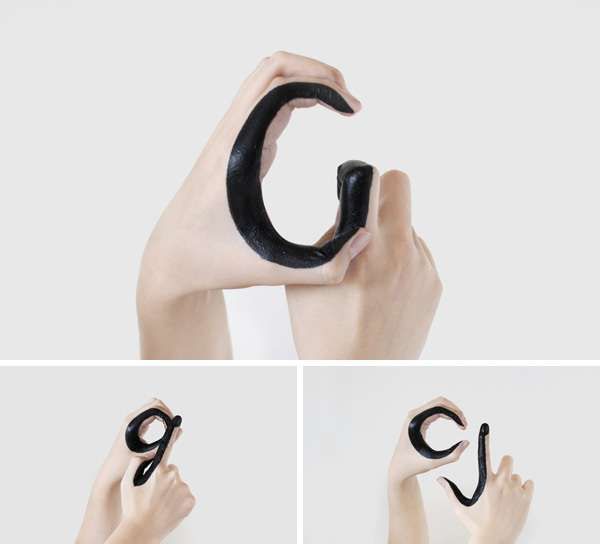 Meghan Young — March 21, 2012 — Art & Design
References: behance.net & fubiz.net
Share on Facebook Share on Twitter Share on LinkedIn Share on Pinterest
Mimicking alphabet letters with hands has been done time and time again, but the Handmade Type is a beast of its own. It takes a simple, common concept and tweaks it ever so slightly for a result that is pure genius. The Handmade Type is comprised of painted fingers that form realistic uppercase, lowercase and even italicized fonts.

Conceived and created by New York-based illustrator and graphic designer Tien-Min Liao, the Handmade Type is impressive because the same shape that formed the capitalized version of a letter was manipulated to then form the lowercase version. Through basic changes in gestures, Liao has managed to recreate the alphabet in multiple ways, using only her hands.

Through animated illustrations, Liao even shows the transitions between each letter in her clever Handmade Type project.