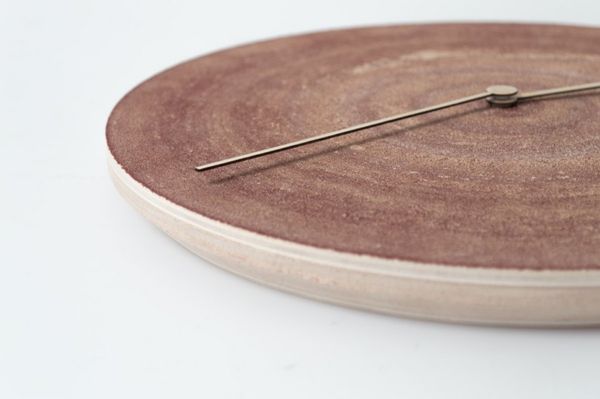 The Hand of Time by Qoowl Looks Like a Relic

Meghan Young — November 28, 2013 — Eco
References: qoowl & contemporist
Share on Facebook Share on Twitter Share on LinkedIn Share on Pinterest
The Hand of Time clock shows that upcycled designs don't have to look like they have been upcycled. In this case, the time piece looks as though it were unearthed from some antiquated era. Instead, it is a modern relic from some handyman's workroom. It has been made out of a used sanding disc.

Designed by Quinten Peuling and Wisse Trooster of qoowl, a studio based in Eindhoven, the Netherlands, the Hand of Time clock is set to debut at a design and craft event called Meesterlijk in Amsterdam during the last weekend in November. As written by the designers, "Through the wear of the sanding disc the clock is telling the story of a craftsman. Time, the materials used and the way of working are all of influence on the appearance of the clock."
4.8
Score
Popularity
Activity
Freshness
Get the 2023 Trend Report FREE