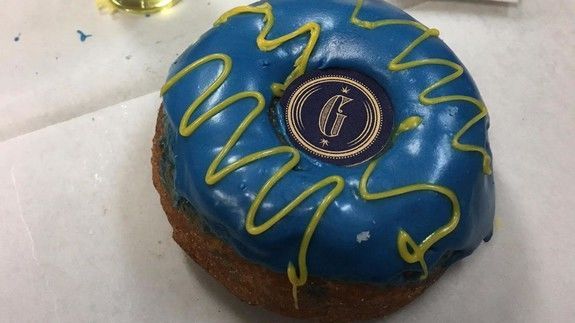 Rather than making the donuts like edibles, which contain THC, the Guild Dispensary and Psycho Donuts opted to only feature the flavor and aroma of cannabis. To do so, the aromatic compounds that are found in the plant were extracted and infused into the donuts. This process consisted of the Guild Dispensary infusing the extracted liquid into the frosting, which made the donuts smell and taste like cannabis in a way that wasn't too overwhelming.

Despite the lack of THC in the donuts, only those in California who are medicinal marijuana users were able to purchase them on April 20th.
3.6
Score
Popularity
Activity
Freshness
Get the 2021 Trend Report FREE