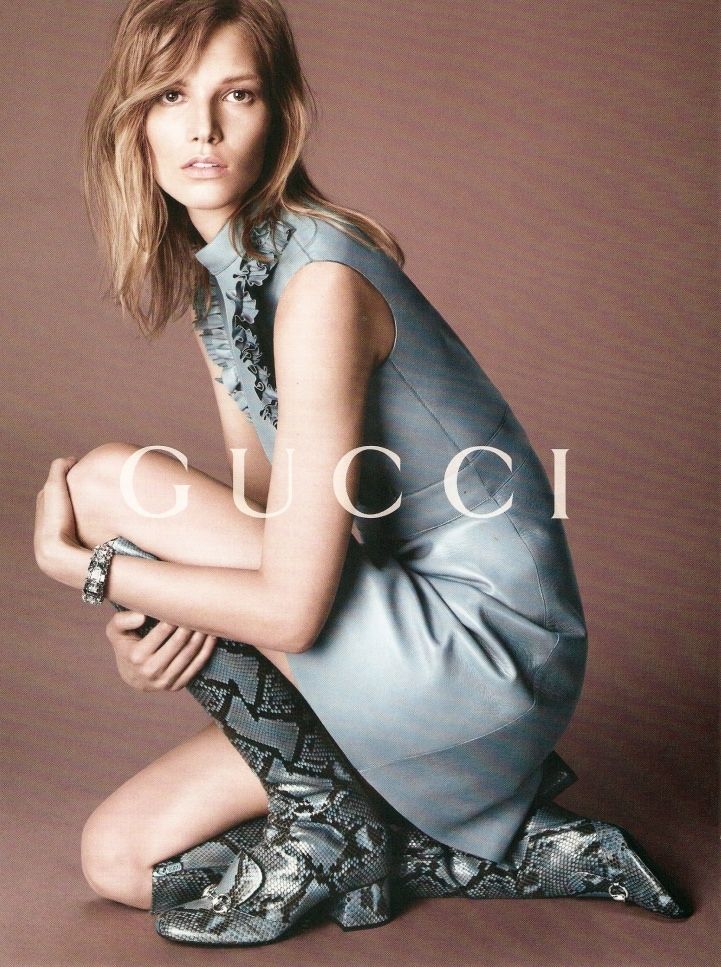 Meghan Young — July 2, 2014 — Fashion
References: gucci & fashiongonerogue
Two things stand out immediately in the Gucci Fall 2014 ad campaign: the pastel palette and its 60s era influence. The colorful retro focus is sure to attract many women this autumn season, especially since it maintains the carefree nature of summer, something many will not want to give up after the tough winter that just passed.