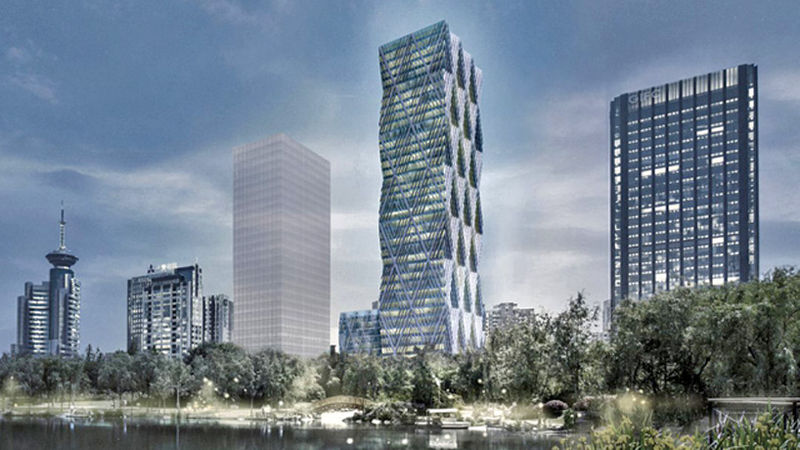 The Gubei SOHO by David Adjaye Plays with Form

The shape of the facade is really what grabs people's attention, as the rectangular building has diamond-like forms on the outside. With the other architectural pieces in the area not being incredibly forward-thinking when it comes to design, having the Gubei SOHO placed in this section makes it stand out even more. The structure was also built so that light shines through at all hours of the day, allowing for the employees to get a sense of the outdoors even if they are not experiencing it firsthand.