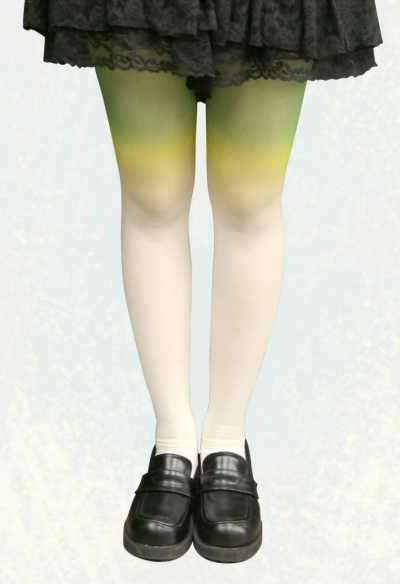 A Japanese café with costumed female servers, 'Koakuma no Utage Little BSD' came up with the idea and sold a small number of tights at 'Niconico Chokaigi 2.' Due to high demand for the tights, they will soon be offered on Amazon.

Although the unusually colored legwear is being marketed as 'Negi-tai,' or "green onion tights," commenters on Japanese video sharing site 'Niconico Douga' are defending which vegetable they think these tights were truly inspired by. What do you think -- leek, radish or green onion?