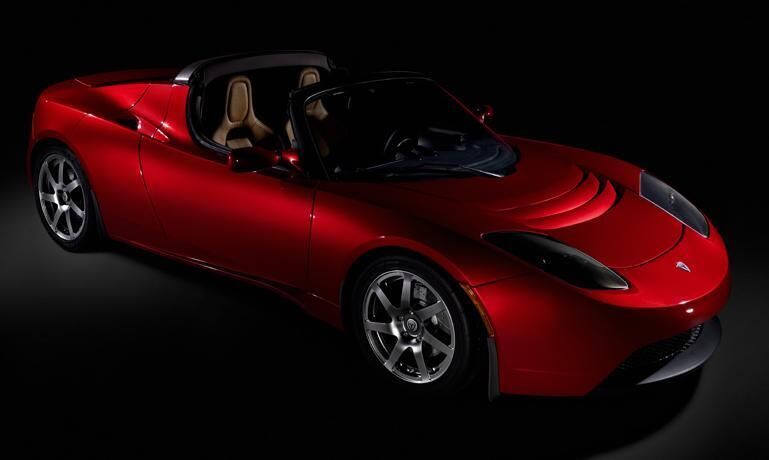 The Tesla Roadster & Stars Who Love It

Bianca — July 14, 2008 — Autos
References: teslamotors & money.cnn
Share on Facebook Share on Twitter Share on LinkedIn Share on Pinterest
The Tesla Roadster is one of the most-desired cars of the future. The eco-friendly electric supercar has car aficionados and celebrities as anxious to check them out as the rest of us. 1,000 customers have already put down $100,000 towards their Tesla Roadsters including George Clooney, Arnold Schwarzenegger, Jenny McCarthy, Matt Damon, Will.i.am,

Michael 'Flea' Balzary, the Red Hot Chili Peppers bassist, said he was fascinated after watching Who Killed The Electric Car. "When the film ended, in a fit of inspiration, much to my wife's chagrin, I went online and plunked down the dough and purchased a Tesla Roadster."

George Foreman is in line for one too, a nice green addition to his 60-car collection. "It's a rising empire. And I want to be a part of that," he says, adding also, "I am buying a little hope for the country."

Google Co-founders Larry Page and Sergey Brin are both Tesla investors, but Brin seems a bit more in love with the Roadster because he bought two right off the bat.

Other celebrities who have put their $100,000 down include Michael Dell, digg chairman Jay Adelson, venture capitalist and Tesla investor Steve Jurvetson, segway investor Dean Kamen, Chris Paine, the director of Who Killed the Electric Car? and Michael Dell.

The Lotus-style eco car is one of those items that, no matter how much money you have, you'll swoon for it.