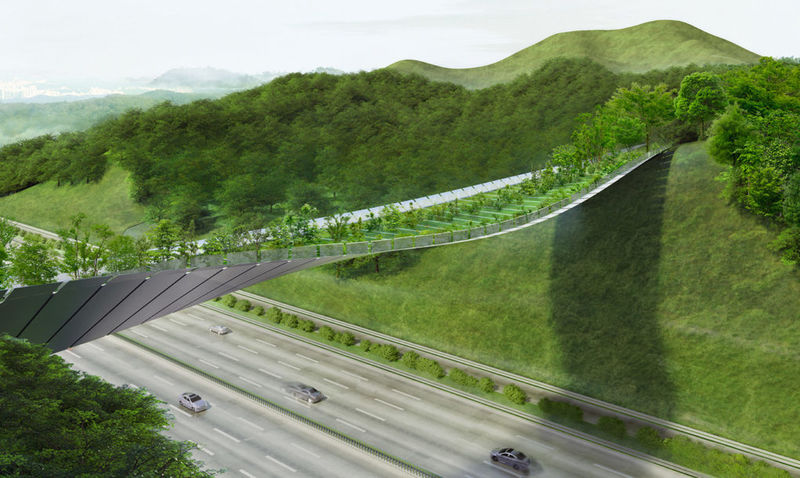 This Organic Structure Provides a Safe Path for Wildlife in Seoul

The bridge will act as an extension of the mountain slopes that are currently split by a busy highway. Animals commonly wander from the mountain toward the bustling roads, endangering both themselves and passengers in oncoming vehicles. The bridge is designed as a safe passageway between one side of the mountain and the other. The living structure will stimulate an "organic mountain side path," running over top of the highway and providing a safe route for wildlife – all without disrupting the flow of traffic. The suspended structure was designed with both thought and intent to build stronger connections with nature, allowing humans and animals to co-exist safely.