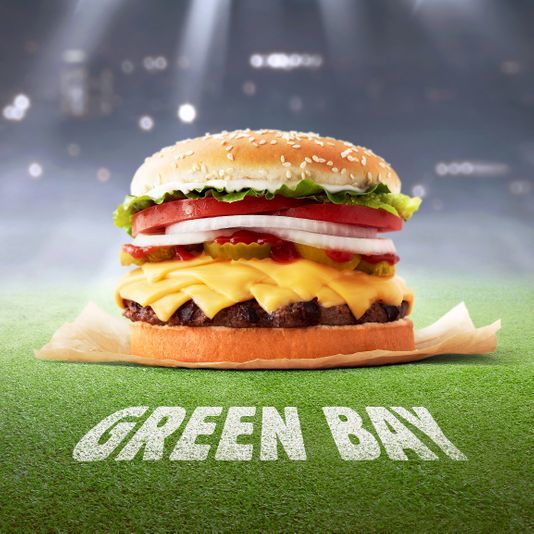 Katherine Pendrill — November 25, 2018 — Lifestyle
References: delish & chewboom
Share on Facebook Share on Twitter Share on LinkedIn Share on Pinterest
Wisconsin is known for it's cheese and now Burger King is paying homage to all the cheese-loving football fans in the state with its limited-edition Green Bay Whopper. Featuring a whopping eight slices of cheese, this is the ultimate game day snack.

In Wisconsin, 'Cheeseheads' is a charming nickname given to fans of the Green Bay Packers NFL football franchise. In celebration of these fans, Burger King has debuted a new Green Bay Whopper across all of its Green Bay-area restaurants. The limited-edition burger consists of standard Whopper ingredients, such as a quarter-pound flame-grilled beef patty, tomato slices, onions, sliced pickles, lettuce, mayo, ketchup, and cheese. However, instead of just one slice of cheddar, this burger comes with a stack of eight slices. The result is an ultra-cheese burger worthy of any Green Bay fan.