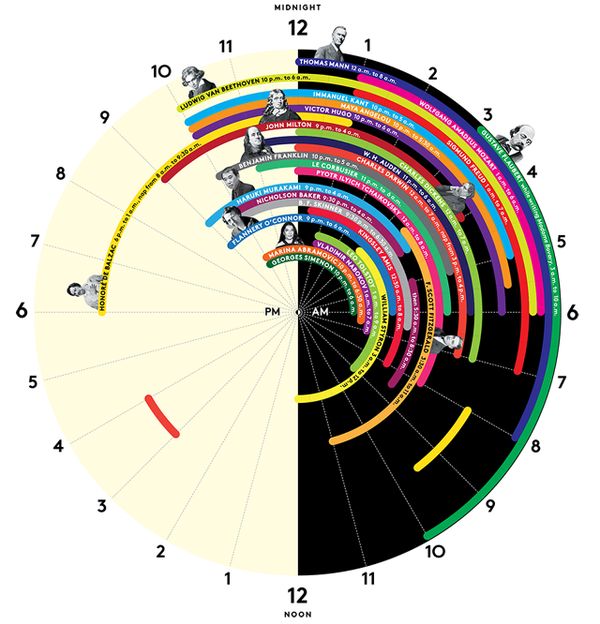 This Infographic Clocks in the Sleeping Schedules of Great Minds

Misel Saban — June 16, 2014 — Marketing
References: nymag & fastcodesign
Many would argue that Ludwig Van Beethoven, Sigmund Freud and F. Scott Fitzgerald were some of the brightest people humankind has ever seen. But how did they do it? Experts say that the science of sleep heavily impacts an individual's rate of productivity, creativity and even sanity. In this infographic based off of Mason Currey's 'Daily Rituals: How Artists Work,' the sleeping schedules of various geniuses are compiled to show how their sleep effected their intelligence.