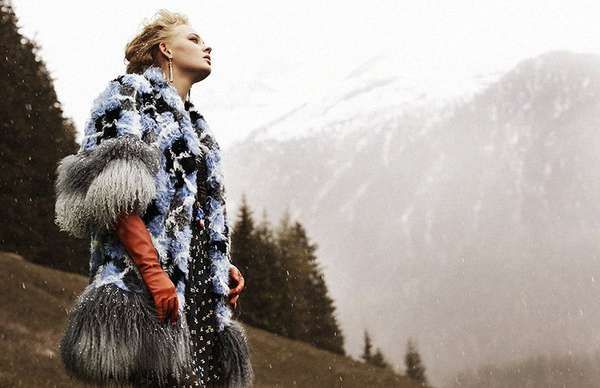 Meghan Young — October 3, 2012 — Fashion
References: grazia.it & fashiongonerogue
Share on Facebook Share on Twitter Share on LinkedIn Share on Pinterest
The Grazia Italy September 2012 editorial has been shot on location in the wild mountains, allowing model Riley Hillyer to embrace her untamed persona for a photoshoot filled with furs, feathers and more. The images hold the promise of a crisp and cold winter, so it is only appropriate that the platinum blonde Russian beauty is layered in such pieces.