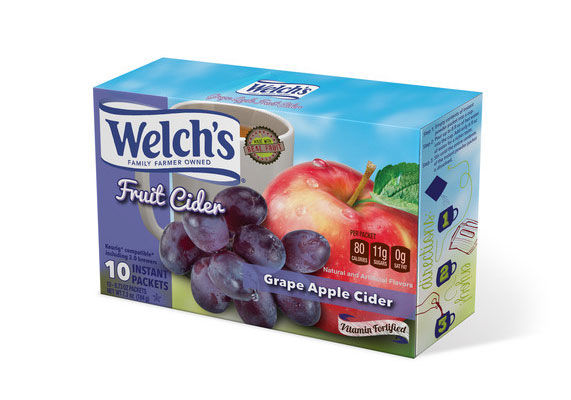 The Grape Apple Cider is one of a variety of new drink flavors that's being launched in collaboration with Two Rivers Coffee. Rather than selling these cider products by the bottle, Welch's and Two Rivers Coffee agreed upon single-serve packets that can be prepared with hot water. These satchels work in a similar way to tea bags and as such, the products are specifically being marketed towards consumers who are seeking healthier alternatives to soda, coffee and sugar-laden hot chocolate.