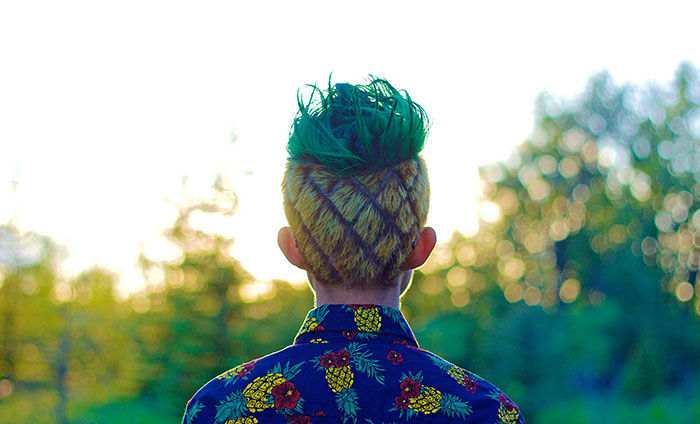 This Pineapple-Inspired Haircut Has Made Redditor Hansel Qiu a Star

Jana Pijak — June 11, 2015 — Fashion
References: reddit & demilked
Hansel Qiu is a Redditor who has risen to fame thanks to his graffiti hair stunt that transforms his half-shaved coif into one that resembles a pineapple. After losing a bet with his cousin, the University of Calgary student shaved his hair strategically and has dyed it to look like the tropical fruit.

The result is a half-shaved mohawk, resembling a pineapple and its spiky, green stem. In addition to perfecting his desired shape, Hansel Qiu also opted for graffiti hair dye, making his green and yellow coif even more realistic. After posting a photo of his look on photo sharing website Reddit, the young student has gained international praise and is sure to inspired copycats who aren't afraid to experiment with their hairstyle.
6.7
Score
Popularity
Activity
Freshness