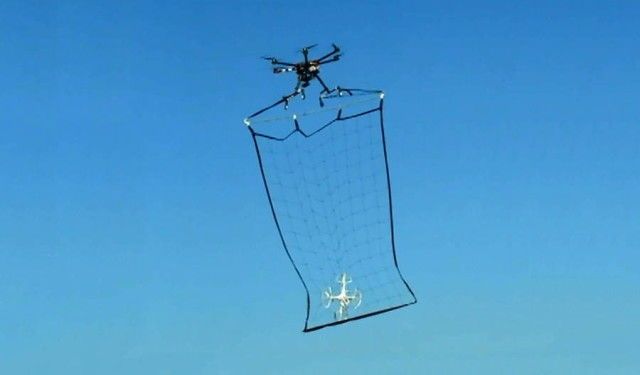 Laura McQuarrie — December 15, 2015 — Tech
References: ubergizmo & cnet
Share on Facebook Share on Twitter Share on LinkedIn Share on Pinterest
In Japan, there's been a government drone developed with the ability to capture other rogue drones. While there is huge potential for hobbyists to be entertained by flying, film and photography with the use of drones, there is also the chance for drones to be used in illegal activities, such as spying and the transporation of illegal drugs and weapons.

Back in the spring of this year, there was a scare when a drone carrying radioactive material passed over the prime minister's office. Now that there's been a drone developed to capture smaller unauthorized drones in a net, the country's law enforcement officials are deploying these drones for testing. In the new year, a fleet of 10 drones is expected to be released to patrol specific government buildings in the case of similar situations that may put political leaders and the public at risk.
5.6
Score
Popularity
Activity
Freshness
Get Better and Faster

Free-Ranging Military Drones
This Piaggio Aerospace Drone Has a Range Of 8,150 Kilometers