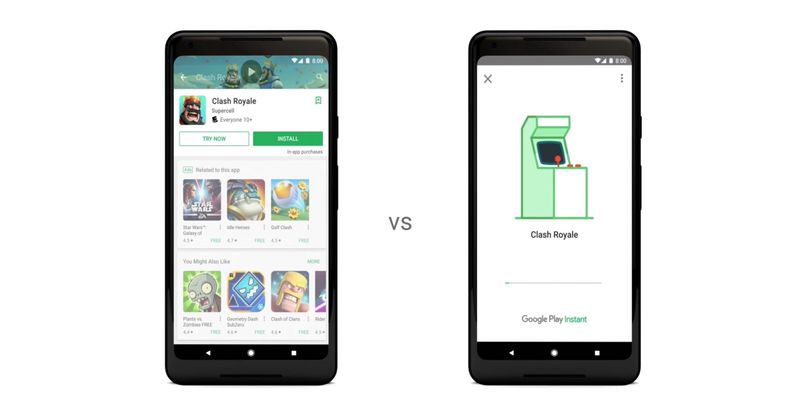 Justin Lam — March 20, 2018 — Tech
References: marketingland & 9to5google
Share on Facebook Share on Twitter Share on LinkedIn Share on Pinterest
Google Play Instant is a new feature added to the Google Play Games app that allows marketers to offer trials of their games without users having to download them first. The feature was first launched in 2016 as a way to demo regular apps without needing to install them, but at GDC 2018 Google has unveiled this feature for Google Play Games. Google hopes that this feature will make discovery easier and will reduce the time between installing and experiencing a game.

Like with regular apps on the store, a 'Try Now' button will be found on game's pages. The updated feature offers better support for games with a higher 10MB APK size limit, progressive download support for executable code and game assets, and support for NDK and game engines. The Google Play Instant demo feature is currently available for Clash Royale, Words with Friends 2, Bubble Witch 3 Saga and other games in the Instant Gameplay collection.