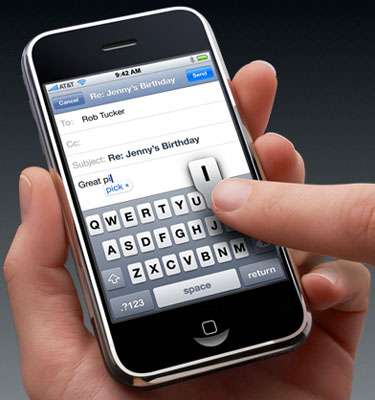 Google Talk on the iPhone

Bianca — July 3, 2008 — Tech
References: informationweek
Share on Facebook Share on Twitter Share on LinkedIn Share on Pinterest
Google Talk is the latest feature on the new 3G iPhones, but will it live up to the hype the media built up anticipation for? What is this "Google Talk" business about, anyway? Traditionally, Google Talk refers to Google's online chat system via Gmail. This new version of Google Talk lets the instant messaging program run via Apple Safari on the iPhone and the iTouch.

It's "an iPhone-ized browser-formatted version of the Google's text chat application," the Washington Post clarifies. "This means you can't talk over the Interwebs but you can tap out halting messages to your friends on the iPhone's screen and, thanks to Safari's tendency to clear pages randomly, you probably won't enjoy a sustained conversation."