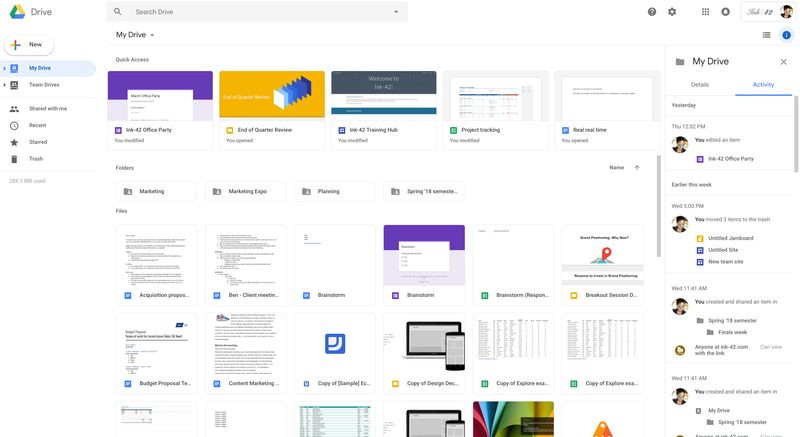 Joey Haar — May 11, 2018 — Art & Design
References: gsuiteupdates.googleblog & theverge
After rolling out a vastly altered version of Gmail replete with both new aesthetics and new functional features, the Google Drive redesign is following suit. As announced by Google today, the company's popular cloud storage platform will be tweaked in order to be visually cohesive with Gmail, which is a more core product in Google's GSuite.

The Google Drive redesign is meant to fall in line with Google's new principles of Material Design. As far as Drive is concerned, the changes are primarily aesthetic, moving buttons around and changing the texture of various surfaces. However, the redesign will certainly be noticed by people who use the product frequently.

The Google Drive redesign will be rolled out to all end users over the next few days.
1.7
Score
Popularity
Activity
Freshness