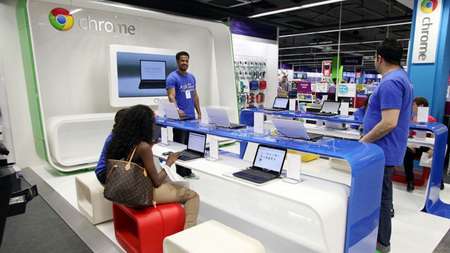 Earlier this year Google announced its collaboration with Samsung and Acer to launch Chromebooks, a computer that has no programs and runs on Internet apps only. So, Google is using the Google Chrome Zone to give tech-lovers the opportunity to explore its Chromebooks, in particular the Samsung Chromebook Series 5. According to Popsop, this line is optimized for web searching and gets better over time with automatic software updates.

Located in The Currys and PC World superstore on London’s Tottenham Court Road, the Google Chrome Zone may be the first of the search engine's retail endeavors, but it won't be the last. Google plans to open another store this month as well as more shops across the globe in the near future.
3.5
Score
Popularity
Activity
Freshness
View Innovation Webinars