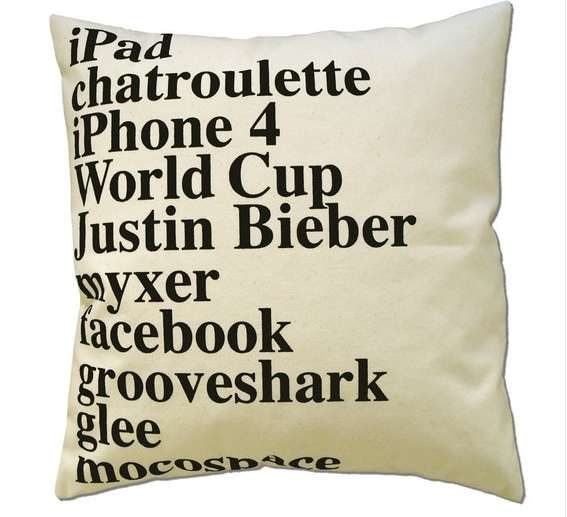 The Google 2010 Pillow confirms that iPad, World Cup, Justin Bieber and Glee were among the most popular search terms for the year. Scroll through the gallery to see pillows from previous years.

Implications - Looking at the Google 2010 Pillow, it's virtually impossible to avoid the feeling of 'Doesn't Google do everything?' This typographical design was heavily inspired by the top Google searches from 2005 to 2008, which includes information that would excite any pop-culture obsessive, news hound, and politico. The Google 2010 Pillow seems like the perfect time capsule for a new millennium.
4.2
Score
Popularity
Activity
Freshness
Jeremy Gutsche Keynote Speaker