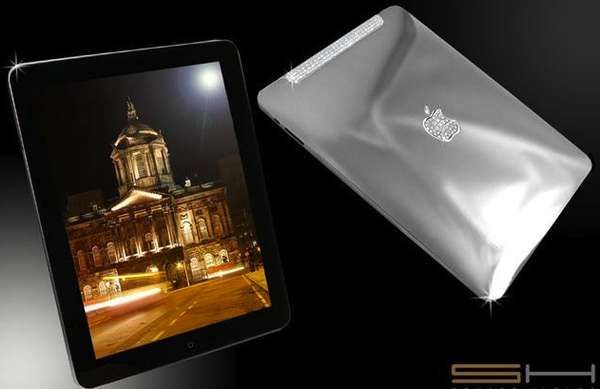 The Goldstriker Platinum iPad is so Luxurious it Hurts

Seriously, the solid platinum iPad weighs in at a ridiculous 5.9 pounds, no doubt due to the fact that there are 85.5 carats worth of flawless diamonds on this thing. Other features include complete Wi-Fi compatibility, 3G and 64GB versions--oh, and did I happen to mention that it is $434,000?

Implications - If you too find yourself thinking 'where on Earth could I scrounge up $434,000 for an iPad' then why not just indulge in these spectacular pictures instead. While the pictures may not be as spectacular as owning the real thing, lets get real, not many people are going to have the cash flow to sport this amazing gadget!
6
Score
Popularity
Activity
Freshness
Jeremy Gutsche Keynote Speaker