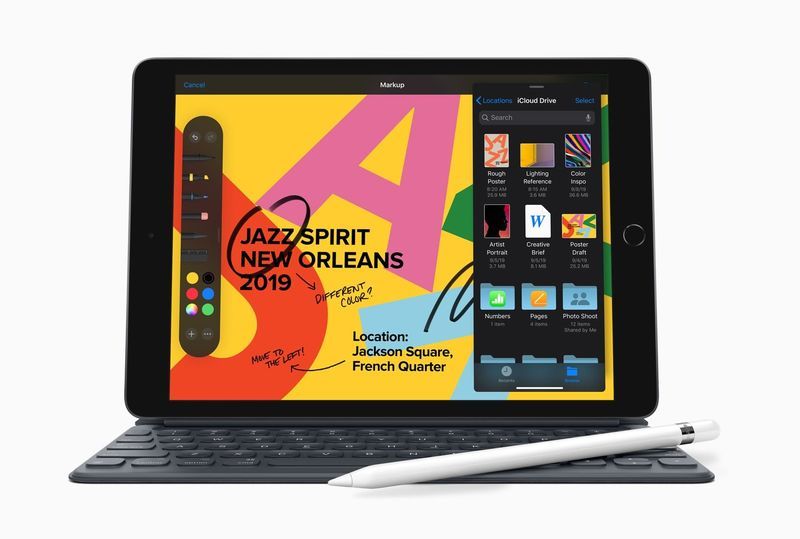 The Seventh-Generation iPad is Faster Than a Top-Selling PC

Laura McQuarrie — September 11, 2019 — Tech
References: apple
Share on Facebook Share on Twitter Share on LinkedIn Share on Pinterest
Apple's seventh-generation iPad was introduced at the Apple Event 2019, sharing a high-performance tablet that's priced starting at $329. The 10.2-inch Retina display iPad boasts a portable, durable and lightweight design that's made from 100% recycled aluminum and powered by an A10 Fusion chip.

Earlier this summer, Apple announced that it would be splitting up iOS, which until now has been the operating system for the iPhone and the iPad. The seventh-generation iPad will run on iPadOS, which promises an intuitive new experience for working with multiple files and documents within the same app, using Split View, or even switching between apps with Slide Over.

With this next-gen tablet, Apple is focusing on the fact that "the new seventh-generation iPad brings up to two times faster performance over the top-selling Windows PC."
2.9
Score
Popularity
Activity
Freshness
Attend Future Festival