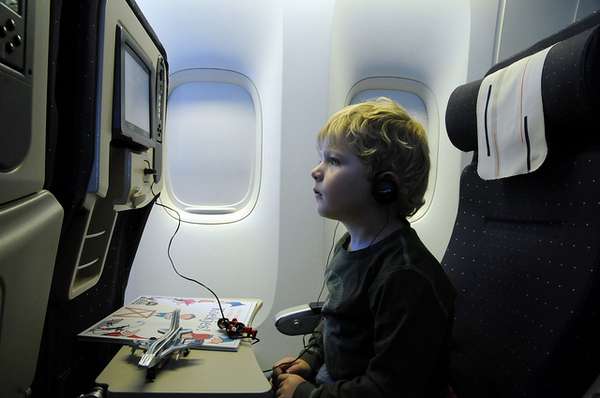 Gogo Vision Allows Flyers to Stream Videos on Their Gadgets

Meghan Young — August 25, 2011 — World
References: pr.gogoair & fastcompany
The days of being at the mercy of an airline's inflight entertainment will be soon dead and gone as the first wave of a new order is introduced, known simply as Gogo Vision. Debuting on American Airlines and Aircell flights, this new revolutionary service will let travellers watch streaming video content on their own gadgets.

Of course, this system is being tested on only a couple of flights for now such as that American Airlines 767-200 aircraft between New York and Los Angeles or New York and San Francisco. Aircell's Gogo Vision will work with iPads, iPhones, Android phones and HP TouchPads. Soon 15 American Airline planes will be installed with Gogo Vision.

Gogo vision will feature about 100 movies and TV shows from studios such as NBC Universal and Warner Brothers.
3.1
Score
Popularity
Activity
Freshness