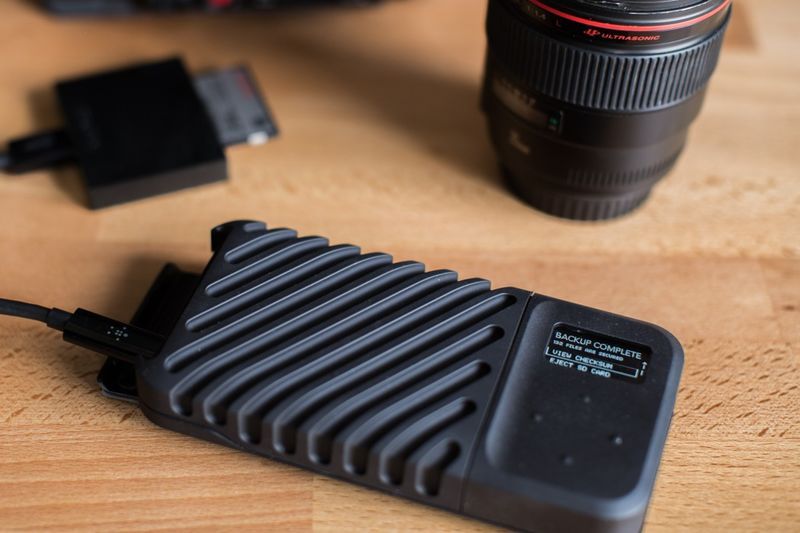 The GNARBOX 2.0 Builds on Its Predecessor with Faster Features

Justin Lam — June 1, 2018 — Tech
References: kickstarter & yankodesign
Share on Facebook Share on Twitter Share on LinkedIn Share on Pinterest
The original GNARBOX is often considered to be “filmmaking’s biggest innovation," but the recently released GNARBOX 2.0 may just steal that title away from its predecessor. Designed to be smaller and more powerful, the new blackbox packs a 1TB SSD and is about the same size as a modern smartphone. The device also features a screen with four button controls, as well as faster data transfer at 75mb/s speeds over SD card and 450mb/s over USB-C. The device can even allow users to view their content on a large screen via the mini-HDMI port of the device.

Much like its predecessor, the GNARBOX 2.0 is built with the goal of offering professional visual content storage in a lightweight device. Unlike conventional storage devices, the GNARBOX 2.0 lets users recall, categorize, edit and manage metadata on a single device. These principles are what make the GNARBOX 2.0 so innovative as it aims to change the filmmaking industry by streamlining workflow.
1.9
Score
Popularity
Activity
Freshness
Get the 2023 Trend Report FREE