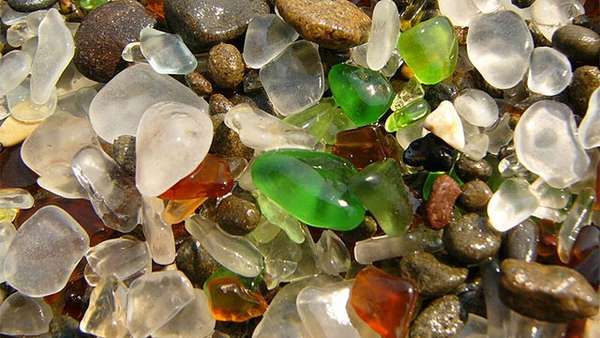 The Fort Bragg Glass Beach Proves the Usefulness of Garbage

Beginning in 1949, the citizens of the small Californian city threw their refuse directly into the Pacific -- garbage bags, bottles and even wrecked cars. Although some efforts were made to clear the beach using fires in the mid-60s, the most effective cleanup method was time. After years of crashing waves, the exposed glass pieces were dulled, smoothed and made to shimmer in the light. And now, thanks to more recent efforts by local preservation societies and artists, Glass Beach is open to the same public that once referred to it as "The Dump."