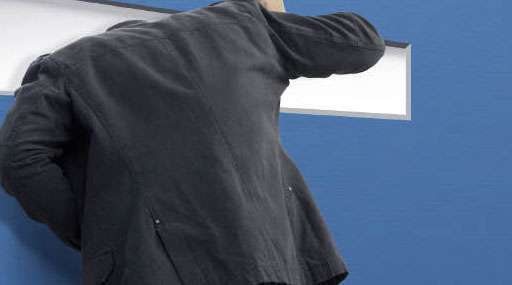 Lenovo Computer Ad Places Your Head in the Password Field

Vincent Salera — March 13, 2009 — Marketing
References: adsoftheworld
Share on Facebook Share on Twitter Share on LinkedIn Share on Pinterest
This ad for computer manufacturer Lenovo uses a comical approach to showcase their ‘face recognition’ feature. Although at first glance the image looks more like an ad for a hacker than one for a security feature, once you read the tagline the print ad becomes crystal clear. After all, that’s gotta hurt.

The ad was created by advertising agency Ogilvy, Bangalore, India with creative direction by Rod Vallis and Arun KT.

Implications - And I think it's pretty safe to say that they have a winner on their hands. This is the kind of ad that appeals to any Internet-obsessed consumer, and in this day and age, that applies to quite a few people ranging in age and career. Oglivy, Bangalore, India knocked it out of the park with this one.
1
Score
Popularity
Activity
Freshness
Get the 2021 Trend Report FREE