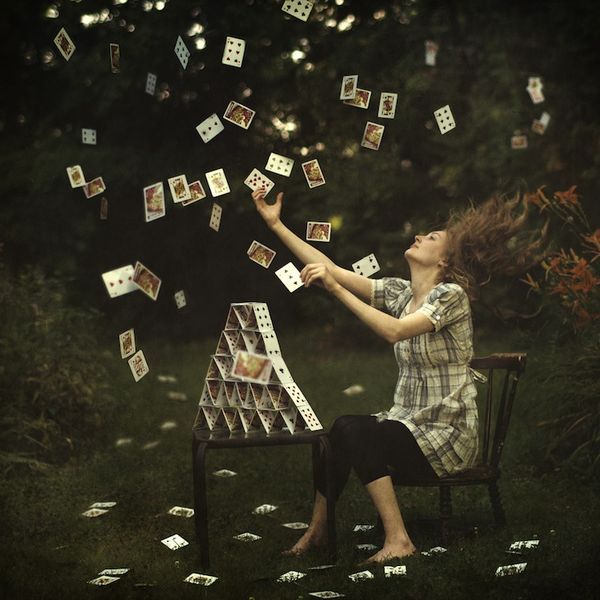 The British-born, Bradford, Ontario-based photographer embarked on a year-long 365-day project, and has since been receiving widespread acclaim for her photography. Many of her photos are shot in such a style that gives the images a surreal, dreamlike quality, with the grainy and dimmed light exposure providing an additional layer of unreality.

In one of her photos, a young woman can be seen sitting in a garden stacking a house of cards that is one layer short of being complete, with a couple dozen cards entrancingly whirling around in the air above her. In another more bleak and grim photo, a woman in a white dress, with blood dribbling down her nose, can be seen submerged up to her chest in dark water with one hand grabbing onto her head, and another clutching her shoulder.
6.7
Score
Popularity
Activity
Freshness
Get Better and Faster