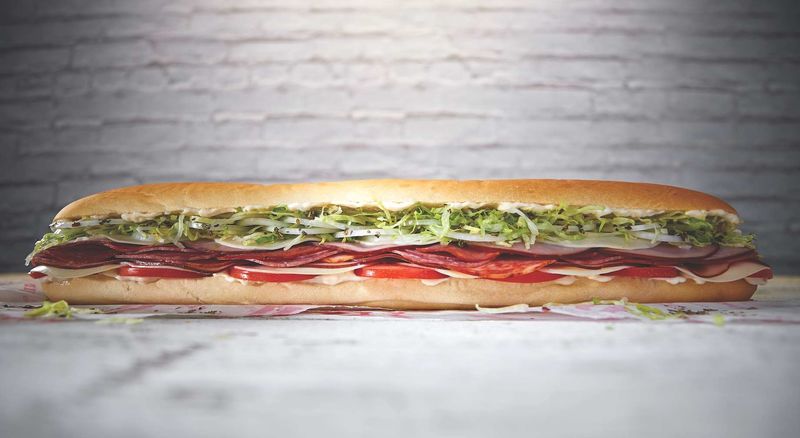 Available at participating locations nationwide, Jimmy John’s new Giant Sandwiches feature 16-inches of bread, veggies, and deli meat. The sandwiches come in a wide range of flavors and range from the Classic Turkey Breast to a glutenous creation called the 'Gargantuan,' which clocks in at 2,190 calories.

While a 16-inch submarine sandwich may sound unnecessary, Jimmy John’s explains that the dish is aimed at those with larger appetites such as construction workers and college students. The chain also emphasizes that the size is perfect for sharing and aimed at "the value consumer who is looking at getting two sandwiches."