Using Creativity to Re-Define a Genre 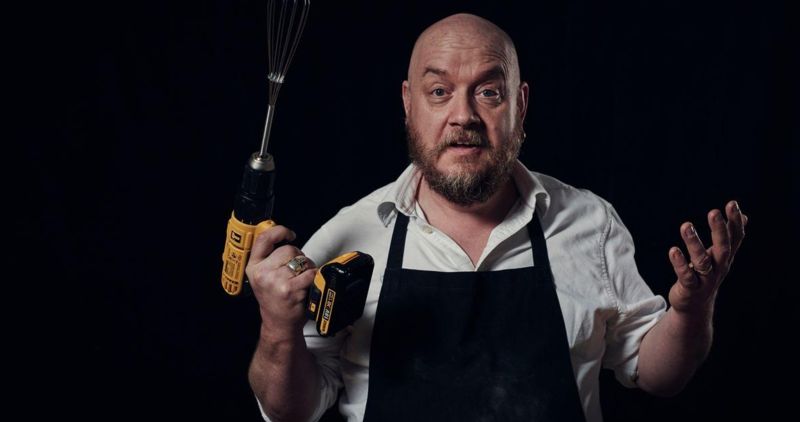 Ellen Smith — January 25, 2018 — Business
References: georgeegg & anarchistcook.info
Share on Facebook Share on Twitter Share on LinkedIn Share on Pinterest
In celebration of Robbie Burns Day, Trend Hunter had the opportunity to speak with George Egg - an experimental comedian and anarchist chef whose unique cooking style has captured the attention of a national audience. Sitting on the intersection of stand-up comedy and a live cooking lecture, his genre-defining acts, which include Anarchist Chef and DIY Cook, remind the audience to re-imagine the ordinary and to never settle for what’s expected. Prior to touring DIY Chef around the UK, George Egg will be visiting Toronto’s Dewar's Scotch Egg Club Snack + Dram Bar, where he will re-purpose absurd construction tools to cook up a one-of-a-kind meal.

Tell me about yourself and what you do?

I’ve been a comedian for about 25 years and in conjunction with being a comedian I’m a cook - about 6 years ago I combined the two together. Being a comedian and working around the country, I spend a lot of time in hotel rooms, and I started - as a sort of adrenaline-fueled post-show mischief - seeing what I could cook in my room using only the appliances available on hand: the iron, the kettle or the hair dryer. What I managed to do was to cook up some really nice dishes and I made a few YouTube films which gained momentum and eventually turned into a stage show called Anarchist Cook, in which I cook a three course meal on stage using hotel room appliances. It really snowballed from there - I took that show to the Edinburgh Festival Fringe in 2015 and it sold out.

Obviously what you do is incredibly unique, but are there any industries you look to for inspiration?

I find a lot of inspiration in appliances and power tools, but aside from that I go to DIY shops and department stores and look at things you wouldn't normally cook with. I try to imagine how those everyday objects can be used in entirely new, and sometimes outrageous ways.

How do you generate these creative ideas?

I think everyone is naturally creative, but being creative takes a lot of work. You have to find the time for it and put everything else aside to come up with ideas. On top of all this mental work, you have to find it in yourself to be okay with experimenting and constantly re-imagining the ordinary.

What’s the most unconventional thing you’ve ever done?

The most unconventional thing I’ve cooked was Moules Marinere inside of a hotel room. This involved putting bottles of white wine into the kettles instead of water - adding a bit of cream and parsley, and enjoying freshly cooked mussels from my hotel room. It was a little daring considering the seafood aspect, but I don’t think it’s been done before.

Why is it important to take creative risks?

Because that’s how we progress as performers. In all kind of industries, whether it be food, stand-up comedy or business, trying new stuff is how the whole world develops. It’s easy to sit back and be content with doing the same thing because it works, but it won't get you anywhere in the grand scheme of things. So, it’s important for everyone to push themselves to break new grounds.

How do you overcome barriers to innovation?

With something like what I do, it’s about having courage in your convictions. When I first decided to turn this cooking idea into a live show there was a large part of me that wondered who would actually enjoy it, or if there was a reason it hadn’t been done before. For me, it’s about having the guts to do it, and trusting your instincts enough to know that if you think it might work, a lot of other people might too. Just have belief in the fact that other people are going to enjoy what you do, because they see you’re enjoying it.
5
Score
Popularity
Activity
Freshness
View Innovation Webinars