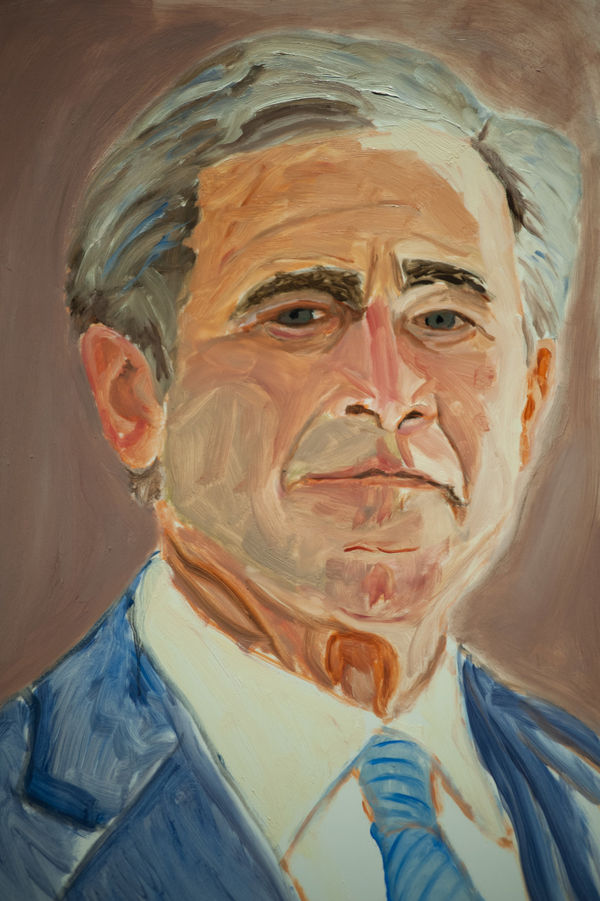 The George Bush Paintings Reveal the Ex-President's Knack for Art

Laura McQuarrie — April 9, 2014 — Unique
References: georgewbushlibrary.smu.edu & nytimes
Share on Facebook Share on Twitter Share on LinkedIn Share on Pinterest
Back in March of last year, former U.S. president George W. Bush had his computer hacked by someone who goes by the name of "Guccifer," who revealed two intimate self-portrait George Bush paintings. Although Bush only started painting in 2012, since then, his art career has taken off. Now, Bush has an exhibition at the George Bush Presidential Library and Museum called "The Art of Leadership: A President’s Personal Diplomacy."

The series depicts a collection of 30 oil paintings of some of the most recognized world leaders, including familiar faces like those of Vladimir Putin and Tony Blair. As you might expect, the art exhibition from the ex-president-turned-painter has been met with a lot of criticism, including some from an art critic who used the words "earnest" and "childlike" to describe the portraits.
5.4
Score
Popularity
Activity
Freshness
Get the 2021 Trend Report FREE