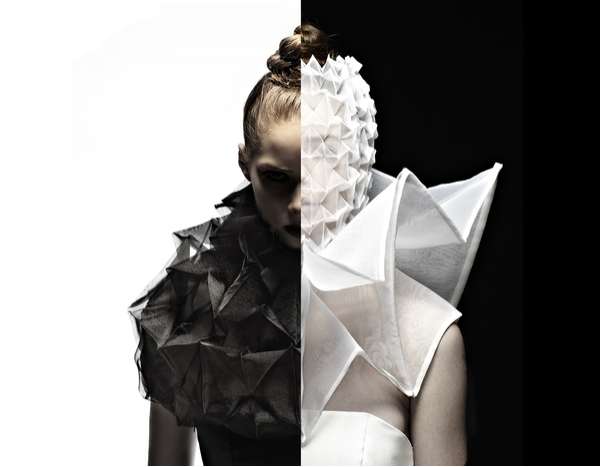 Meghan Young — August 25, 2011 — Fashion
References: andrerucker & behance.net
The stark contrast between black and white in the Geometric Aesthetic photo series lends a very dramatic effect to the entire shoot. Closely following that is the bold fashion designs created by Harrison Johnson, which puts the entire series into a futuristic theme.

Stunningly sculptural and surreal, the Geometric Aesthetic photo series will captivate you from beginning to end. Inspired by the origami-inspired gowns that were created for Johnson's senior project collection, the photo shoot took a simple and direct route, allowing the fashion to shine through.

Shot by Philadelphia-based photographer Andre Rucker, Geometric Aesthetic photo series boasts great use of lighting as well as an obvious mastery of Photoshop. The model is made to look as sculptural as the fashion she wears.
5.4
Score
Popularity
Activity
Freshness